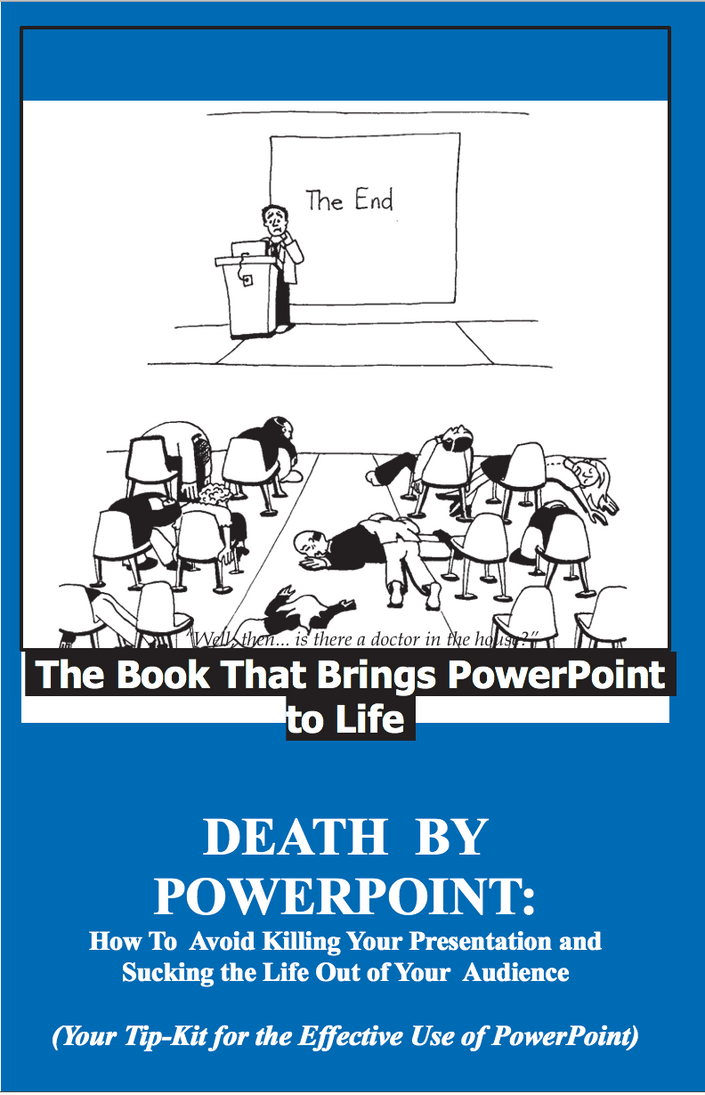 How To Avoid Killing Your Presentation and Sucking the Life Out of Your Audience. Your Tip-Kit for the Effective Use of PowerPoint

The coupon code you entered is expired or invalid, but the course is still available!

DEATH BY POWERPOINT: How To Avoid Killing Your Presentation and Sucking the Life Out of Your Audience
(Your Tip-Kit for the Effective Use of PowerPoint)

What They’re Saying About This Course...

“Cherie’s knowledge of people, and their reaction to information placed in front of them, has increased my skills. Her understanding and insight, combined with her energy, have allowed me to create my best PowerPoint presentations.”

“If you want people talking about how creative and fun your PowerPoint presentation is, contact Cherie to help you put it together. Cherie is the master at taking themost dull information and helping you turn it into something that will make your audiences say, ‘more!’ There is no one better at ‘out-of-the-box’ thinking than Cherie.”

“Cherie’s tips have helped me to overcome 12-plus years of PowerPoint ‘experience’. With her help, my sessions are more productive, and attendees report being much more satisfied. What an improvement! Thanks, Cherie.”

“I’ve studied with some of the best when it comes to management and leadership training, and I now put the value of Kerr’s work alongside that of Peter Drucker’s. Her PowerPoint training has completely transformed the way I prepare PowerPoint shows and deliver them! This book is a must-read! The lessons in it: must-dos!”

“I am glad to have read this book before my PowerPoint presentation. This book helped me to transform an ordinary talk using PowerPoint into creatively presenting the point with power.”

“Cherie offered great, no-nonsense coaching that has brought life back into my presentations and communication skills.”

When does the course start and finish?
The course starts now and never ends! It is a completely self-paced online course - you decide when you start and when you finish.
How long do I have access to the course?
How does lifetime access sound? After enrolling, you have unlimited access to this course for as long as you like - across any and all devices you own.
What if I am unhappy with the course?
We would never want you to be unhappy! If you are unsatisfied with your purchase, contact us in the first 30 days and we will give you a full refund.
off original price!

The coupon code you entered is expired or invalid, but the course is still available!